In the small intestine, approximately 60% of the immune cells in the entire body are gathered and the health of one’s body is supported by maintaining a balance between Th1 and Th2 cells, which is the essential components of the immune system.

However, people living in the modern world often tend to disrupt this immunological balance favoring Th2 cells, because of a disturbance of the autonomic nervous system, lifestyle changes, and/or aging. 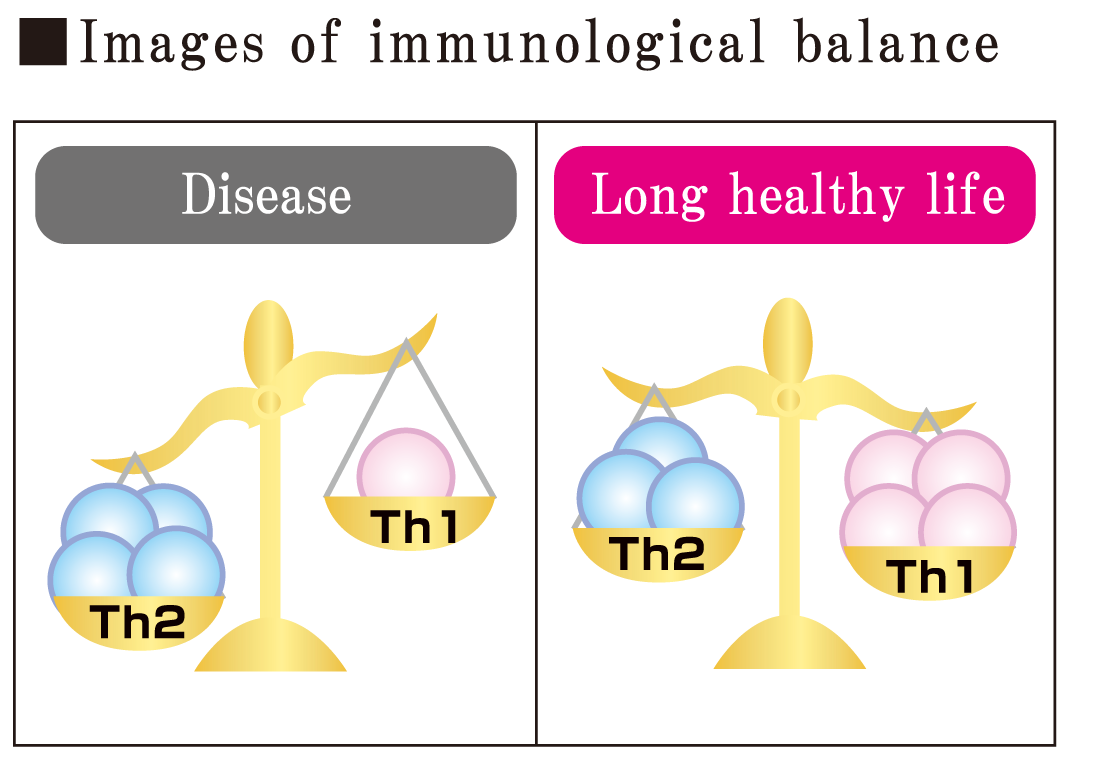 Nano-sized lactic acid bacteria made by separating adhesion of lactic acid bacteria and dispersing them, can easily pass through Peyer’s patches in the small intestine. This production method can induce Th1 cells and adjust the immunological balance between Th1 and Th2 cells.